I’ve been a regular visitor to the Walt Disney World resort during the holiday season for many years; but this year is the first time I’ve made a similarly timed trip to the Disneyland resort.    I was excited to see what would seem familiar and what would be different about experiencing Disney holidays west coast style.

In just a few days I’ll be off to WDW, so this will be a bi-coastal Disney Christmas year for me … truly a Jolly Holiday.   A follow-up posting on the East Coast version of Disney Holidays will be following soon.

My favorite part of the Disneyland Christmas experience was two attractions that are re-themed with holiday overlays .. the Haunted Mansion and it’s a small world.   While both of these attractions are also at the Magic Kingdom in Florida, it is only at the California park that they get a full makeover for the holiday season.

While both are well done, the Haunted Mansion holiday is to me the hands-down winner for best extreme makeover.   The Haunted Mansion is taken over by Jack Skellington and other characters from the Nightmare before Christmas.   Every scene in every room is made over — from the stretching room to the graveyard, it’s an entirely new attraction.   Calling it an overlay just doesn’t do justice to how completely the attraction is transformed for the holidays.

The few pictures below don’t begin to convey the full effect — this is something you have to experience! 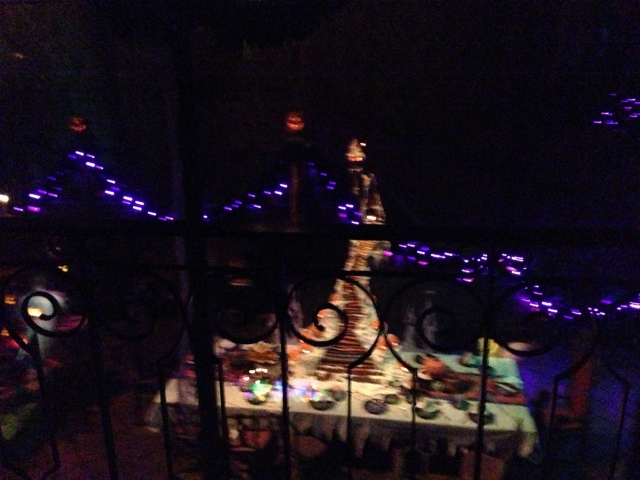 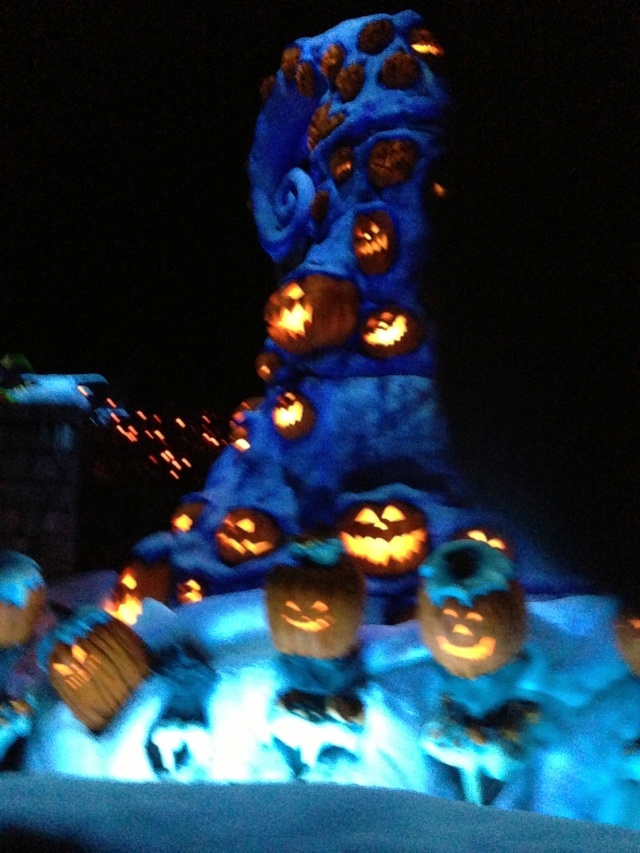 The second attraction to get the holiday overlay treatment is it’s a small world. Here, the soundtrack now includes both the attraction theme song and Jingle Bells, alternating back and forth for the duration of the ride. (As we pass Ariel in one scene, the words changed to Jingle Shells — I wonder if there were any other variations that I missed?)

Other than these two attractions, the area of the park most transformed for the holidays is Main Street. Garland is hung across the street along the entire length; there is of course the giant Christmas Tree in town square, and Sleeping Beauty Castle is adorned in holiday decorations. It was interesting to note that the same Castle Dream Lights treatment is done at both parks, but the presentation is quite different. At the Magic Kingdom, once dusk falls and the castle is lit, it is given the full dream lights treatment. At Disneyland, the dream lights are held back until the finale of the fireworks. 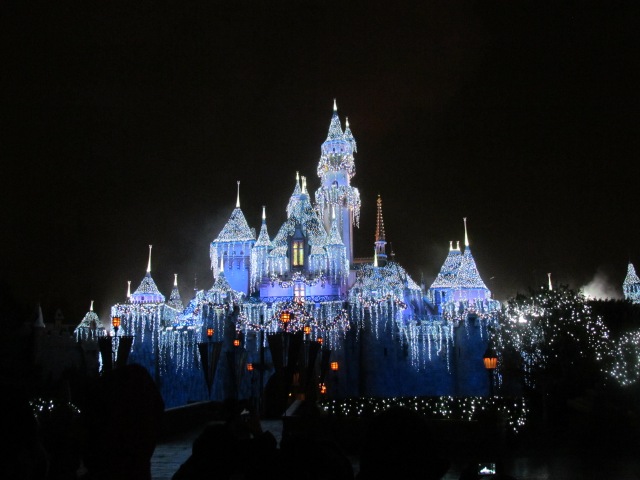 At DCA, the Buena Vista Street area provides traditional Christmas decor and entertainment — the obligatory giant tree in front of the shops, a wreath hung on the Carthay Circle Theater’s tower, and garland adorning the buildings and lamp posts.   A wandering group of bell ringers (who are also carolers) provide festive holiday entertainment.    The decorations and entertainment are well matched to the theme of 1920s and 30s Hollywood. 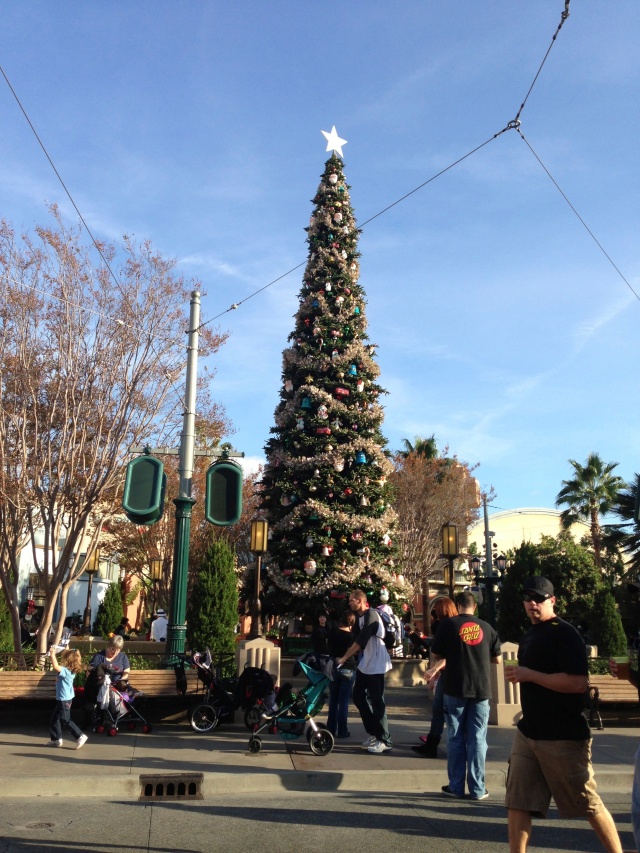 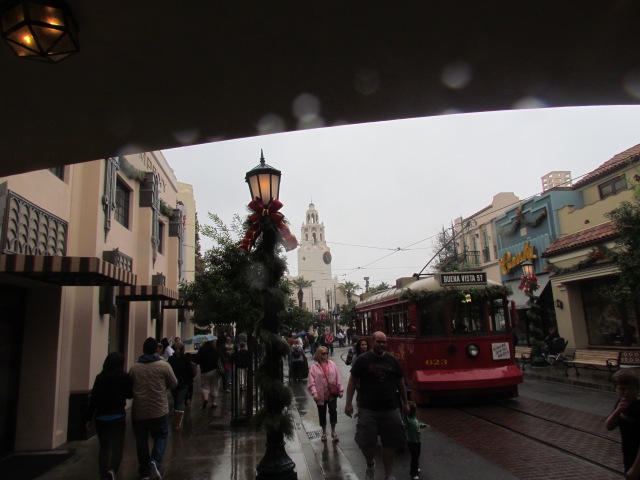 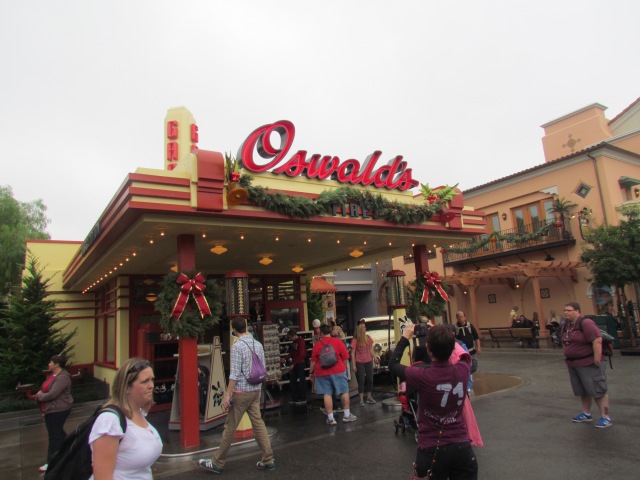 Back in Cars Land, we get a far more whimsical and fanciful Christmas.    The cars have decorated their land as only cars would — with traffic cones, hubcaps, air filters, and whitewall tires for wreaths.   It’s impossible to spend time in the area without breaking into a big grin at the cleverness of the decorating. 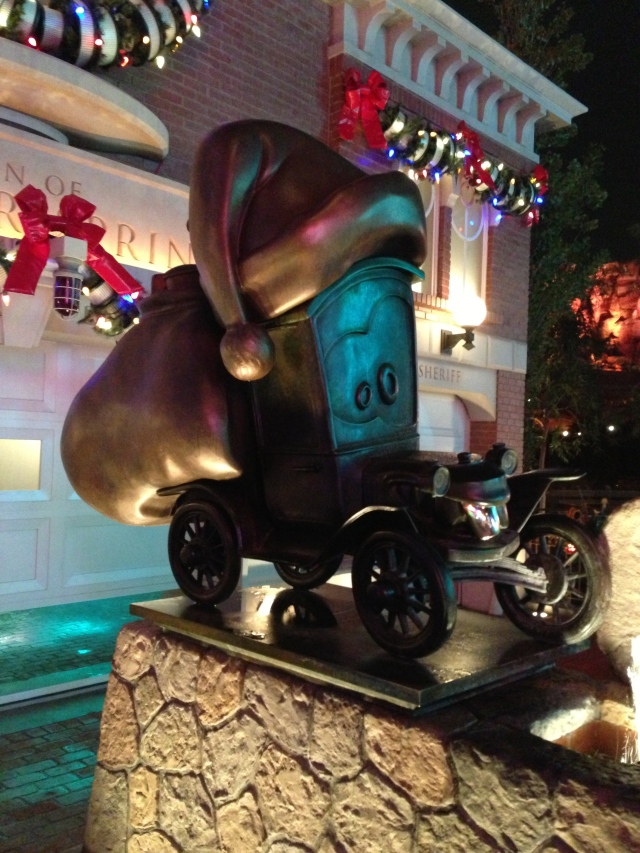 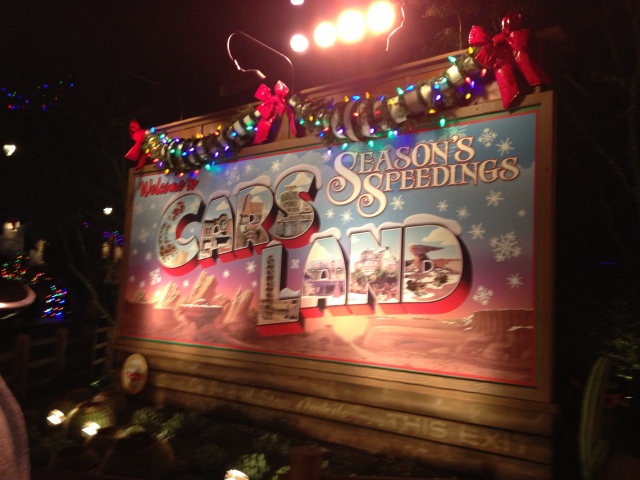 That’s it for this brief look at Disneyland and Disney’s California Adventure during the Christmas season.    A look at the Florida parks is coming soon.